Chimney Relining or Repair that Won’t Cost You the Earth

Clay Liners are used for chimneys serving heating appliances using solid fuel including wood, peat, coal, gas and oil with a working temperature of up to 600°C. They can also withstand a soot fire of around 1000 °C – Chimney fires can reach temperatures of 1200 °C that is why most chimney fires result in cracked liners.

Chimney relining is one of the most practical and cost effective ways to repair deteriorated or damaged chimneys. While Chimneys can be damaged by numerous things such as strong winds and lightening, the most common form of chimney damage is a chimney fire.

If your chimney has been cracked or damaged, dangerous flu gases can enter into living space which can have potentially dangerous (and sometimes fatal) consequences.

Kerry Chimney and Boiler Services have many years of experience in chimney relining, allowing for a fast and dependable chimney relining service, at a very affordable price. Call now on 087 9595323 or request a free call back here to discuss your chimney relining needs.

Why Should a Chimney be Relined?

Call today to discuss your chimney relining needs. We promise a very competitive price with minimum disruption to your home.

CLICK HERE to find out about THERMOCRETE PUMPED SYSTEM

Also for relining chimneys which have sustained major damage due to fires etc. 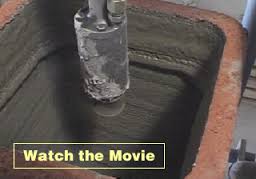 CLICK  HERE to find out about our amazing Chimney Repair system

If you are looking for any type of chimney service you’ve come to the right place. We pride ourselves in providing a prompt, high-quality service at a fair cost and with minimum fuss to you and your home. If you want to join our long list of happy and satisfied customers give us a call on 0879595323 . Or if you’d prefer, we are only too happy to provide you with a call back. You can request a free on our contact page